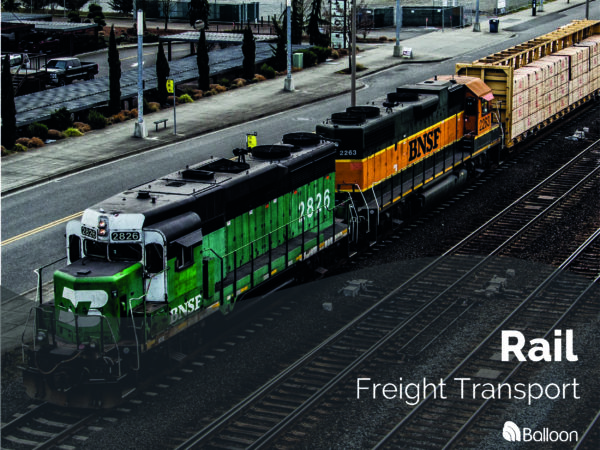 Rail freight makes up about 12% of the UK’s freight transport. According to the Office of Rail and Road, using a measurement that takes into account both the weight of the load and the distance it is carried, the total volume of rail freight moved in the second quarter of 2016-17 was 17.2 billion net tonne kilometres).

Freight moved in the UK includes coal, metals, oil and petrol, construction industry cargo and various goods for the domestic market that are transported within containers.

The Structure of the UK Rail Freight Industry

The UK’s rail network was privatised in 1993. Network Rail is the public body that owns and manages the infrastructure, such as the tracks, signals, tunnels and bridges. Passenger operations were franchised out to private train operating companies and today four main freight rail operating companies manage the transport of goods in the UK.

The Office of Rail and Road (ORR) regulates the rail industry in the UK and is responsible for safety and ensuring the market is competitive.

Where rail freight is concerned, the ORR regulates:

The UK rail freight industry is completed by the rolling stock leasing companies (ROSCO). These own the coaches, locomotives and freight wagons and lease them to the train operating and freight operating companies.

Locomotives are the units that power trains. Some pull the train, while others push it. More than one may be required, depending on the length or weight of the train.

Locomotives are powered by diesel engines, by steam or by electricity in either overhead lines or track rails. Monorail systems run on magnetic levitation systems.

Rolling stock is the collective term for the different vehicles that are conveyed by locomotives. The rolling stock chosen will depend on the type of cargo being carried, and includes:

The Strengths of Rail Freight

Although not as fast as air freight, rail transport has high average speeds for journeys of between about 50 and 300 miles. Journey times can be reduced too as rail transport typically connects cities, allowing distributors to get goods right into city centres faster than they could by road or air.

Rail freight is generally viewed as being more environmentally friendly than other forms of freight transport, especially in terms of pollution. And rail freight via electric power is energy efficient and cleaner as it does not rely on oil.

Rail freight is cost-effective for handling materials in bulk and it’s here that rail successfully relieves the road system of high numbers of large and heavy trucks.

Rail has a good safety record, in particular for freight and for carrying hazardous goods, and despite the well-known “leaves on the line” or “the wrong weather for the trains” commentary, rail isn’t too adversely affected by bad weather.

The  Weaknesses of Rail Freight

When the economy is in a downturn, the rail networks tend to suffer. They become less financially viable as the volume of usage declines while the cost of operating the infrastructure will still remain the same. This makes rail freight subject to increased costs in times of economic instability.

Railways can rarely fulfil an end-to-end transportation requirement, meaning that there is a a need to transfer cargo from the rail network onto another method for some parts of the journey. This means that rail is not as efficient over longer journeys, where the costs of moving between shipment methods may be too high.

Rail is also a unionised industry. This introduces the risk of industrial action, which can cause delays and add costs for distributors.