Welcome to the second post in a five-part series on different modes of freight transport. This post looks at maritime freight. 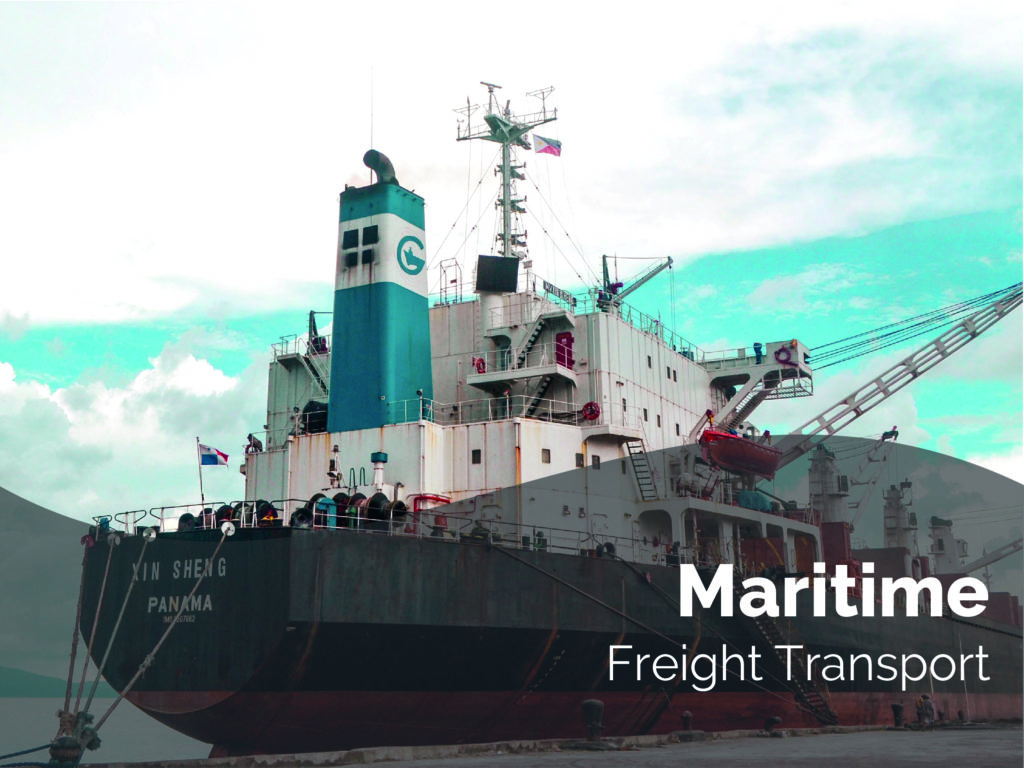 According to the International Maritime Organization, more than 90% of the world’s trade is carried by sea. It is particularly effective for moving large volumes of goods that are not time-sensitive, as it slow and prone to delays. But maritime transport is popular because it is the most cost-effective method of transporting freight. It is also a vital method of transportation for Western economies that rely on importing goods from China, the Indian subcontinent and South-East Asia.

A shipping line is a company that operates a fleet of ships that carries the sea freight. They are often formalised into groups called liner conferences. A group of shipping lines within a liner conference all operate certain routes in the same area. They co-operate to protect each others interests by controlling tariffs and maintaining price stability within their area.

While the conferences see price co-operation as a means of protecting their interests, it is seen as anti-competitive price-fixing by a number of bodies, including the EU, which regulated against them in 2008.

Ships’ agents are companies that provide services to shipping lines in the ports. Services include dealing with customs and port authorities, refuelling and provisioning with food and drink, arranging a change of crew, and managing repairs or delivery of spare parts.

Freight forwarders deal with getting cargo from its origin to its destination, but don’t actually move the goods themselves. They instead manage the logistics, documentation and port handling.

Common ship types and their cargos.

Here’s a summary of common ships and the type of cargo that they handle:

Around the world, ports vary in the types of cargo they can handle and in the vessels they can accept. Some ports are dedicated to just one type of cargo, like crude oil terminals, for example.

Ports often offer limited free periods for storing goods before or after loading, after which a demurrage or detention charge will be applied. Or, where goods can be offloaded straight to direct delivery vehicles, they may offer discounted rates as this can speed up turnaround times.

Cargo surveyors are independent third parties that can document the loading, stowage or unloading of goods. They can be helpful in case of insurance claims where the involved parties are not available or present to document matters themselves. Alternatively, a cargo superintendent can be appointed by the shipping line itself.

The benefits of maritime transport.

Maritime freight is extremely cost-effective. Prices are competitive because maritime transportation of cargo is relatively slow. And over long distances, the relative costs of sea freight are very economical.

Unlike any other method of transportation, very large volumes of goods can be shipped. Sea freighters can carry thousands of containers, allowing costs to be shared by hundreds or thousands of distributors.

Of course, sea freight is not as fast air transport. But for international cargo, it is so cost-effective that it suits goods where delivery times are not critical.

Notwithstanding the risk of piracy, sea freight is a secure method of stowing and handling goods internationally. Ships can securely handle and store a range of dangerous goods that cannot be transported by air. Cargo loss at sea is declining as maritime safety improves and shipping technology evolves.

Finally, maritime freight is one of the more eco-friendly methods of transportation. With relatively low carbon footprints – certainly compared with air freight – it is a carbon efficient shipment method.