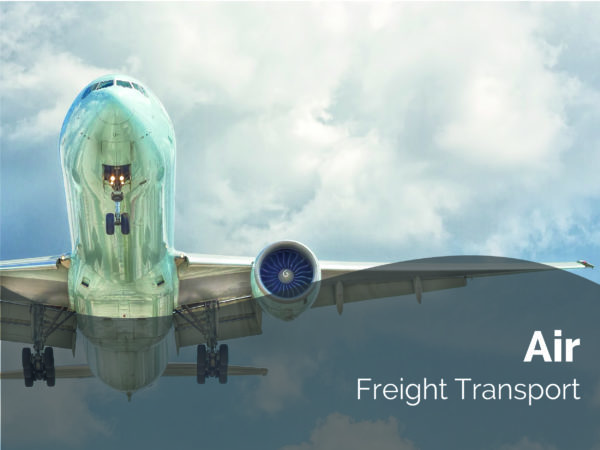 This is the first part in a new series of five posts that takes a closer look at freight transport. We’ll cover air, maritime, road, rail and intermodal freight.

And we’re starting here with an introduction to air transport.

Air transport is big business. According to IATA, every day, more than $18.8 billion worth of goods travel by air. Annually by value, that’s more than a third of the world’s $19.48 trillion trade.

The industry is governed by a number of international conventions and agreements. For example, the Warsaw Convention of 1929 regulates liability regarding international air freight. Other agreements and treaties govern access to trade routes, overflying permissions and which types of cargo can be carried.

Cargo agents are freight forwarding companies. They are authorised by IATA to handle cargo for their clients. IATA governs their operation and allows them to issue their own waybills (House Air Waybills, or HAWB).

Finally, there are airport authorities. These are independent bodies that own or operate one or more airports. They belong to and are governed by the Airports Council International (ACI).

There are some restrictions when it comes to air cargo. Airlines have size and weight limits, and some goods are too hazardous to transport by air. Certain types of freight – such as explosive, corrosive, flammable, magnetic and toxic items – are prohibited from being transported by air due to security and safety considerations.

Cargo is transported on unit load devices – or ULDs. They store the cargo safely during transport. They are not all uniform in shape and size. Indeed, there are some that are tailored specifically to certain aircraft types. Some have flat bases, for use in an upper level of an aircraft; while others that are designed for use in the lower part of a plane are shaped to sit more flush with the fuselage.

Dedicated air cargo planes are typically fitted with conveyors made of tracks and rollers that can move and orient the ULDs so that they can be safely stowed in the hold during the flight.

While most cargo is loaded through side or rear doors, certain heavy-lifting cargo planes can be loaded through the front, via a hinged nose section.

Air transport is the costliest of all modes of freight transport. Its pricing is governed by all manner of restrictions and limitations. For example, there is a limited amount of available space, some of which may be allocated as a priority to passengers, rather than to freight.

Pricing is generally calculated per kilogram, whereas most other freight modes use tonnage as the standard metric.

Pricing of air freight is quite complex and is based on the cargo itself. Initially, the volume and weight of the cargo need to be calculated. Then, whichever is the greater is the figure that will determine which tariff will be used.

Rates are typically set out and published in advance by the freight forwarders and airlines. A minimum prices usually applies, and as with most things, the price will generally decline as the volume or weight of the load increases.

Certain fuel surcharges may be applicable too. And if the freight’s destination is a war zone, then a premium may apply.

There are further costs to consider at both the origin and destination airports. These include airport handling charges, transport fees, customs clearance, security screening, freight insurance and so on.

Air cargo security is an issue that needs careful consideration. The risks go from the serious, like the threat of hijacking, terrorism or plane crashes, to the less catastrophic but still damaging, like smuggling of contraband in genuine shipments, theft and transportation alongside undeclared hazardous goods.

To counter these threats, sophisticated screening and inspection is needed, along with better staff training and enhanced physical and electronic technology.

For the UK, both the EU and the Department for Transport (DfT) have implemented regulations and inspection regimes.

The Benefits of Air Transport

Air freight’s speed is a key benefit. With air, you can transport your cargo securely in a relatively short period of time. Planes can reach pretty much anywhere else on the globe within 24 hours. So air transport is great for international freight, and even for covering large distances in single-country land masses, like Russia, China and the US.

Speed of delivery makes the transport of perishable goods like food particularly attractive. This makes certain foods available year-round. In the UK, for example, we’ve grown accustomed to having seasonal summer foods like peppers and courgettes available in sufficient quantities year-round. Air freight makes it easy to guarantee speedy delivery of these types of goods from Spain and North Africa.

With air freight, global businesses don’t need to carry vast amounts of stock in each market. Instead, fresh stock can quickly be shipped to each country within the business, reducing inventory holding and thereby minimising money tied up in stock.