The Emergence of Warehouse Robots and Automation 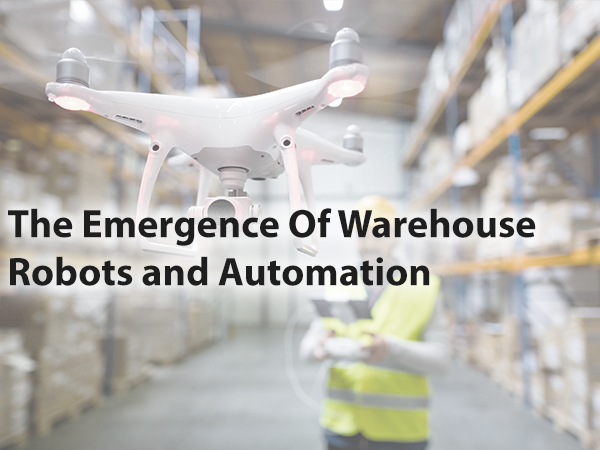 22 May The Emergence of Warehouse Robots and Automation

Posted at 12:10h in Blog, Warehousing by Claire Kerr
1 Like

The emergence of warehouse robots and automation causes both excitement and concern in the logistics industry.

A couple of years ago, Elon Musk said that robots would disrupt jobs, because they “will be able to do everything better than us. … I mean all of us”. And he predicted that it would be transport operators that would be the first to fall foul of the technology.

While Musk’s comments were shocking to many in the industry, he’s perhaps not that far from the truth. DHL, for instance, estimated that “the implementation of robotics will be the norm in the logistics industry” by the end of 2022.

While it’s typically human to be paranoid that robots may take over the world, it would be foolish not to appreciate their technological capabilities and the obvious improvements they make to the logistics industry.

The Benefits of Warehouse Robots

The Chinese logistics company, Cainiao, which is majority-owned by ecommerce giant Alibaba, opened a warehouse in 2018 that is “staffed” by more than 700 robots.

It was opened in advance of Singles’ Day, which is a Chinese shopping holiday. Akin to the US’s Black Friday, this extravaganza of online buying sees Alibaba users spend billions of dollars in just one day.

The robots can pick stock and deliver it anywhere in the warehouse. The very sophisticated automation involved means that orders can be speedily despatched. The company says that the robotic automation is a big time-saver. It helps them reach their aim of delivering an order to anywhere in China within 24 hours. That’s an impressive achievement given the scale of the country.

They’re also anticipating shipping out more than one billion orders on Singles’ Day this year – so warehouse automation has become a big focus for the company.

Another retailer that has succeeded with robots in the warehouse is Ocado. Its Ocado Smart Platform brought together an innovative storage facility with 1,100 robots that carry out the picking duties.

Unfortunately, one of the company’s two Smart Platform warehouses recently suffered a catastrophic fire. Ocado has been unable to find a replacement storage facility nearby in Andover, so has just announced that it will lay off staff while it spends two years rebuilding it.

The Andover warehouse had truly been a victim of its own success. It was revealed recently that a charging battery had caused a robot’s plastic lid to burn, starting the devastating fire.

Amazon is another company that has driven forward the use of robots and automation in the online retail sector. Having previously led the way with order picking robots that bring goods to packers, it’s now said to be introducing robots for the packing part of the process too.

The automated packers are reported to be able to pack 600-700 packages an hour. At more than four times faster than humans can operate, it’s obvious how this sort of technology can be introduced to speed up packing in the warehouse. Packing robots will really accelerate logistics processes for Amazon, driving ever greater efficiency in their distribution centres.

But are warehouse robots always for the best?

One drawback for the labour market is that robots often directly replace humans. It’s true that some of that lost manpower can be diverted into other activities, saving some of the jobs. But robots bring both huge cost savings and large efficiency gains. They can work faster, for far longer and for no salary. This all helps companies to keep their prices low and remain competitive.

Locus Robotics provides robot technology for warehouses. It has recently integrated its solutions with HighJump WMS, offering ecommerce operations a solution that can be rapidly deployed in their warehouses. The turnkey solution brings immediate efficiencies and speeds up the return on investment.

If you’re looking to improve productivity and operational efficiency, then robots could be the way forward. Balloon One can help advise you on the solutions, including implementing robots with HighJump using the Locus Robotics solution. Call us on 020 8819 9071 or get in touch.