Most warehouse operations use palletised racking. Pallets are convenient, easy to move and universally used. With many goods arriving on pallets, it makes sense to continue to use them within the warehouse, using palletised racking storage rather than transferring goods onto other types of storage.

Palletised storage accommodates the pallets directly, allowing them to be shelved within the racking without being broken down. The nature of the chosen racking is dependant on the processes within the warehouse and the throughput of the business.

APR – adjustable pallet racking – is the most common method of palletised racking storage. With APR, pallets are placed one deep onto horizontal beams that run parallel to the aisle and which are fixed to vertical frames.

The aisle widths can be adjusted to suit, so space utilisation depends on that and the size of trucks needed. In general, because of its adaptability, it is used where floor utilisation is less of a consideration, as space utilisation isn’t as high with this method as it is with other, denser methods.

The main advantage with this method is that each individual pallet can be accessed directly, giving it high throughput speeds. This is therefore most suitable when there are few pallets per SKU. It is also used where First In First Out (FIFO) is critical to an operation, because all the pallets can be reached. 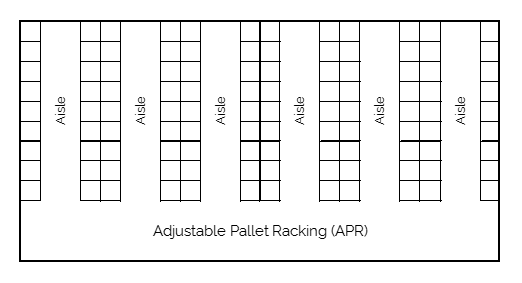 Block stacking is the simplest form of storage within the warehouse. Pallets are placed on the floor and then one on top of the other. This is a very inexpensive racking method as it doesn’t require any racking equipment at all.

One negative factor for distributors to consider though is that goods are more likley to be damaged using this method, with the risk of stacks falling over or pallets crushing goods beneath them.

A Last In First Out (LIFO) system is critical to this storage method, because goods become inaccessible once others have been stacked on top of them.

Drive-in racking tackles the problem of goods becoming crushed. The space is utilised in the same way as with block storage – so again a LIFO system is required – but goods are placed on racks on top of each other. So the pallets rest on metal “flanges” rather than on each other.

There are no aisles with this high density storage system and a forklift is used to place the pallets into single product lanes. 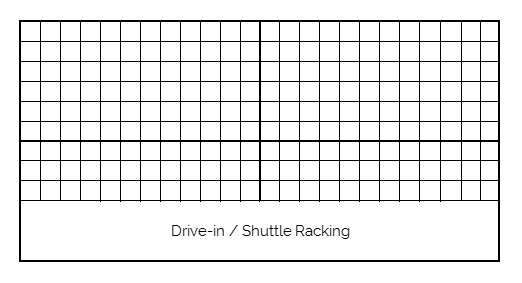 Shuttle racking uses the same principle as drive-in racking, but it is more automated. It uses battery powered “shuttle” platforms to move stock down the racking.

It also allows for multiple products to be stored within lanes, so has an even higher storage density. Its 85% space utilisation has to be balanced against its low throughput though. THe throughput is low due to the low pallet accessibility.

Double-deep racking is a variation of APR. This gives twice the depth of storage, with pallets stacked two deep, back to back.

The storage method limits accessibility to the outer pallet only, making it a FILO system. But it does increase the storage capacity from 1.4 to 1.7 pallets per square metre. 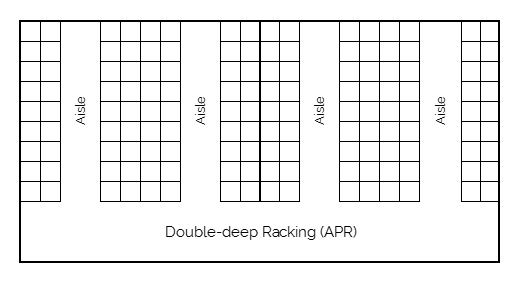 Narrow-aisle racking is another APR variant. It uses the same layout but has narrower aisles, of 180cm or less. This system is generally found in warehouses with limited space as it utilises warehouse floor space well, at 2.6 pallets per square metre.

The storage is served by specialist narrow aisle forklifts that cannot turn in the aisles but which instead run on guide rails or wire guidance systems. These specialist trucks can reach higher than standard counterbalanced forklift vehicles. 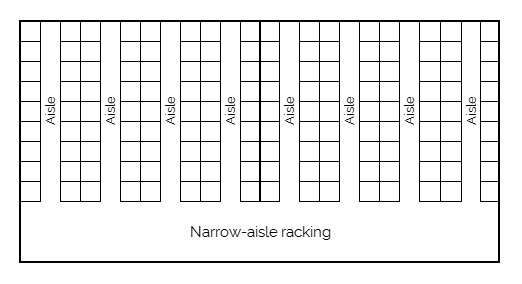 Powered mobile racking moves perpendicularly to its length, to dynamically create aisles for access to the pallets only when they are needed.

This gives a good utilisation of space, as there is only one aisle at a time, although the specialist racking has higher initial costs. While there may be extra time taken to move the aisles, it does support FIFO models. 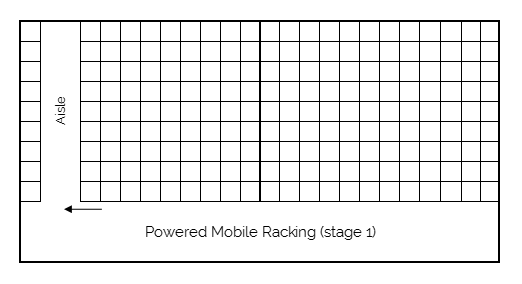 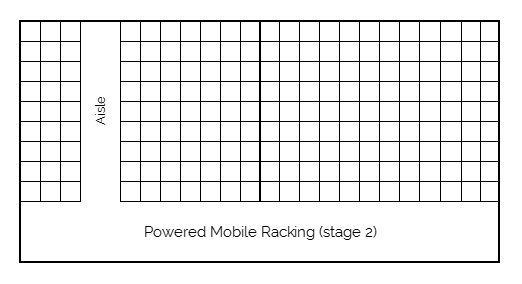 If you would like some guidance in devising the best palletised racking storage system for your operation, our warehouse consultants can help. Call us on 020 8819 9071 or get in touch for a demonstration.