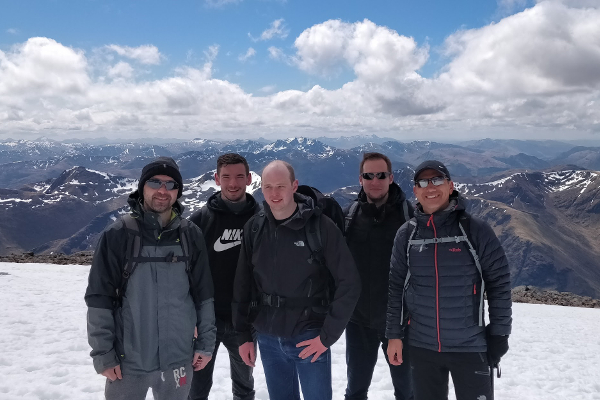 Over the weekend, five Balloon One employees tackled the UK’s highest mountain, Ben Nevis, in aid of Macmillan Cancer Support. After a leisurely 10 hour drive to Scotland, the team arrived early Friday evening – in time for a haggis burger – before camping at the base of the mountain. Prompted by the more energetic members of the team, the team made an early start, beginning the ascent just before 9am.

Everyone was under the impression that it was going to be a cold day, but it soon became apparent that everyone was wearing too many layers. The sun and lack of wind, coupled with the gradient of the ascent, soon saw many of the team stripping down to just T-shirts within the first mile. A brief stretch of well-laid path at a shallower gradient alongside Loch Linnhe allowed for some energy to be recuperated before the team crossed a snowy valley. 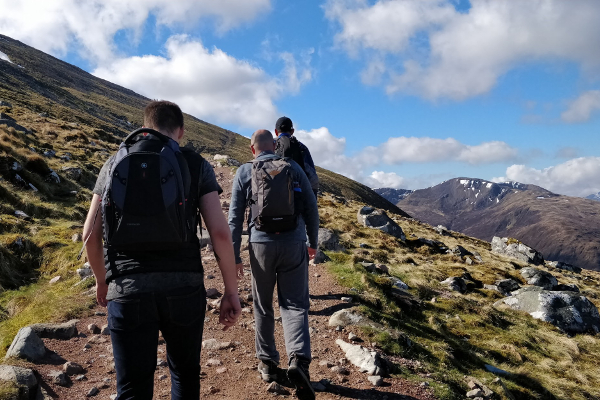 Graphic showing the elevation over time 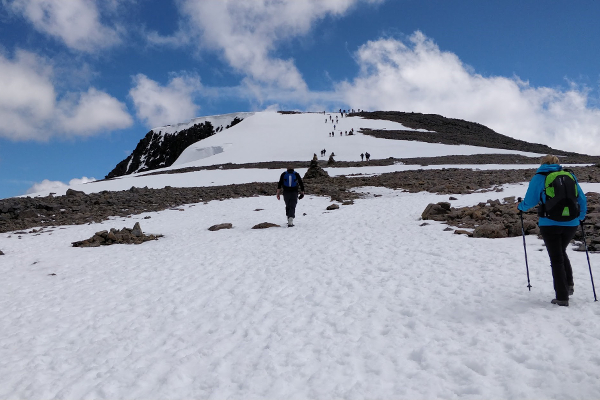 Approaching the final part of the ascent

Luck was on the side of the team when they reached the Ben Nevis summit. It is famously overcast for 350 days of the year, but there was very little cloud cover and so the team enjoyed fantastic clear views for many miles.

The summit offered a great chance to cool off and enjoy the view, whilst capturing some photos. 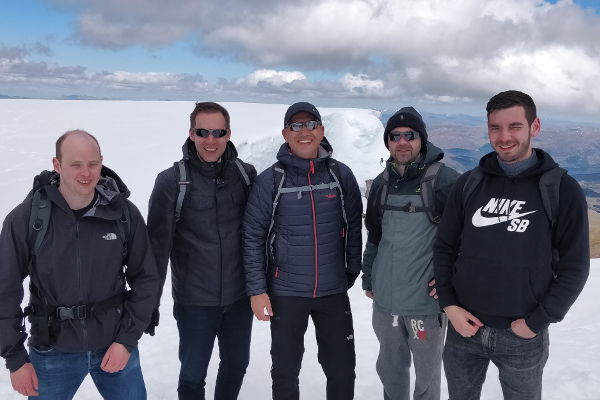 The Balloon team at the summit: Ed, Slawomir, Craig, Chris and Elliot

After a rest at the summit, the team set about the descent. The favourability of gravity and the relief of using different muscle groups soon wore off when muscles started to tire after a few miles of trying to prevent ‘face-planting’ on the uneven rocks. By the time the team reached the valley floor, ‘hiking’ had given way to a controlled stumble, utilising gravity as much as possible to conserve energy.

The route the Balloon team took to the summit and back

The 4,367ft ascent and descent spanned 10.2 miles and took the team 4 hours 24 minutes and 33 seconds, excluding breaks and the time spent at the summit.

Those involved have been blown away by the generosity of everyone who has donated. Our current fundraising total stands at £1,538, which totals £1,848.75 including Gift Aid. Although the target of £1,500 has been exceeded, there is still time to donate and the donation page remains live until 13th June 2018.