The Effects of Economic Volatility on the UK Warehousing Industry 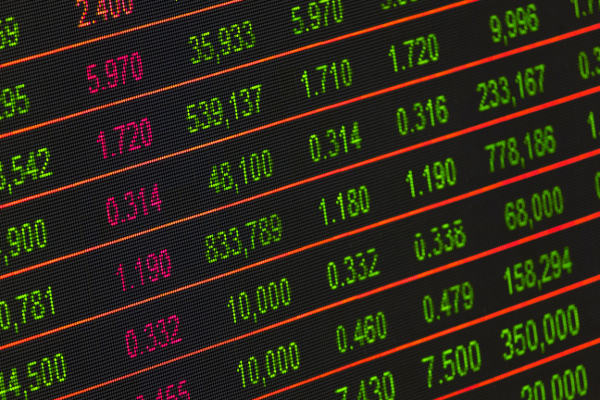 There are many factors currently affecting the stability of the economy, both globally and in the UK. Whilst political populism rocks the world, stock markets have looked fragile and suffered plunges in early February. The EU is facing challenges in migration, unstable neighbouring states and ageing populations. And only this week there has been talk of trade wars with the US.  Similarly, at home, the UK faces issues with a low currency strength and an urbanising population.

Such economic volatility has a knock-on effect across all areas of industry and commerce. Here’s how it affects the UK warehousing, distribution, logistics and supply chain industries.

A low currency strength means businesses that export fare very well. As their earnings come from abroad, they can take advantage of a weak pound. Immediately following the Brexit referendum, there was a sharp drop in the value of the pound and both GlaxoSmithKline and Wolseley – each large UK exporters – saw share price rises. Conversely, importers fare badly when currency strengths are low. It is expected that if the pound continues to falter, we are likely to see more UK enterprises on-shoring their procurement whilst looking to expand their commerce channels into foreign markets.

The leaked “EU Exit Analysis – Cross Whitehall Briefing” report in January 2018 suggested that the north-east and West Midlands were the most severely affected by the ramifications of the Brexit decision, whilst London and the south as a whole fared far better. This will only widen the north-south divide in the country, likely causing increasing urbanisation, especially in London. With this rise in urban populations comes new challenges for warehousing and logistics. Additional land space for storage and distribution centres has to be sourced and it needs to be close enough to urban centres, yet also affordable. Similarly, logistics operations have to adapt to the challenges of urban delivery, dealing with ever more regulation whilst continuing to satisfy increasingly hard to please customers.

The burden of customs declarations is likely to intensify after Brexit.

One area of additional administrative load comes in the form of Supplementary Declarations (SDs). They are described by the UK government thus:

Supplementary Declarations (SDs) are an essential part of the Customs Freight Simplified Procedures (CFSP). SDs are electronic messages sent to the Customs Handling of Import and Export Freight (CHIEF) system. They’re used to declare fiscal and statistical information for consignments under either the Simplified Declaration Procedure or the Entry in Declarant’s Records (EIDR).

You submit your SDs once goods have been imported. The SDs are used to calculate the duty and taxes you owe and track levels of international trade. Using CFSP minimises the time and paperwork needed to import goods into the UK.

Currently, while the UK remains in the European market, these SDs are limited to non-EU trade. However, with Brexit, that will obviously change and the number of SDs will likely sky-rocket.

The Customs Declarations Service (CDS) was designed in its current state to handle 100 million declarations a year. But when the UK departs the EU, and trade with EU member states means that goods entering and leaving the UK will newly be subject to customs declarations, increasing the number of those SDs three-fold. The United Kingdom Warehousing Association (UKWA) suggests that this increase could cost UK businesses an extra £5bn a year. Subsequently, this will vastly increase the number of inspections of imports and exports, adding a further operational and administrative headache to international businesses operating in the UK.

One step for streamlining trade operations will be for businesses to obtain Authorised Economic Operator (AEO) status. However, we are still likely to see businesses on-shoring operations, avoiding any increases in administrative procedures where possible.

With complex Brexit negotiations still underway, many UK government institutions are unable to provide clarification on a number of issues, and it remains a waiting game for the UK warehousing industry. While there are preventive and precautionary measures that many businesses can take, which will ease the weight of economic volatility – such as obtaining AEO status – the continuing uncertainty means that UK warehousing and distribution businesses will have to maintain their “wait and see” stance a little while longer.